University is a noun that can plainly be described as an institution of higher learning. This could be the palpable reason many varsity students are high on drugs half the time they are on campus if not the whole time. A more intricate definition refers it to as “A number of persons associated with one body, society, company, community, guild, corporation, etc.” Further, the word also means “the whole, aggregate or the entire” from universes in Latin.

I have noticed a gradual paradigm shift creeping into what the universities were in their antiquity. Ergo, I want to authoritatively posit my thoughts on the existing current state of Universities in Kenya in contrast to the status quo ante. If that sounds interesting let’s hop into itself.

When I was growing up I eagerly looked forward to joining the university. I had read from my history how the nation’s university scholars were the ones shaking up the colonial regime before independence. Tom Mboya and James Orengo were among my favorite revolutionist. If you were in University you were regarded as a national asset. To me, the university was a place of unlimited opportunities to become whatever you could be. I just could not wait.

Fast forward past the countless tests, the long math lessons, and the excruciating nights I spent reading in primary and high school. I finally landed in varsity. I remember how my heart skipped when got into law school. My mind wandered innumerable times about how I would study and be one the best lawyers the country had ever seen – ever. I would be leaning on the jury box, wearing my freshly dry-cleaned dark suit with a pair of dark-tan oxfords, a red tie with white stripes on my white shirt with cufflinks with my initials. I vividly imagined of how I would be staring at the faces of the patriots on jury duty with surety laying out my argument churned with rhetoric and quotes from Plato. All this just to convince them my client was innocent. Little did I know that there’s no trial by jury in Kenya.

You see my idea of the university was that it was where scholars came alive and novices became masters in their own right. It was where one met friends that would last the remaining lifetime. Where if you are lucky you would meet the love of your life in the library corridor and you crash with them spilling the books they just borrowed on the floor. It would be love at first sight when you see the great books they wanted to read. It would be affirmed by the gay smile when you finally help them pick them up and apologize for being negligent.

I can go on and on but I am positive you get the picture. Looking back three years later all these archetypes seem to be pipe dreams. There is no mirth in being a varsity student. People are literally struggling to attend lectures and I do not blame them. The lectures are nothing but a bore – unless you are intrinsically motivated you would never attend their quarters of the classes. The lectures have the same course outlines for decades making it easier for students to perfect their plagiarizing techniques.

The lectures are hell-bent on fulfilling the administration’s wishes and ensuring their classes have the normal grade curve- they call it standardization. It is what it is” and “Si ni life – Its life” is the mantra of the students. They post it on feeds, timelines, and statuses. It is their stock phrase. They are tired. They make memes that propagate this idea albeit in a subtle manner revealing the depressive snare they are in. Society has so many expectations of them. But they are tired.

One of the trending videos is COTU Secretary-general Atwoli saying “Sisi tumechoka, sisi hatuna uwezo – We are tired, we do not have the strength.” They post this in a light touch but the implications are menacing and are only felt as an undercurrent. Where did the rain start beating the institution? They now are peddling blunts and pills. They drink half their student loans and spend the other half buying gifts for their boyfriends and girlfriends. Some of them riot almost every coming year you would think it is part of the course.

The campus relationships are ephemeral and some end with fatal consequences. The popular music that is being streamed normalizes promiscuity, and raunchiness and is only suitable for dancing and partying – no edification at all. All you have to do is watch the news and you will witness it cut and dry. The earnest zeal of comrades for a better future is now an old-folk tale in spite of the overwhelming inertia among the savants.

There are serious comrades out there. I personally know several who are writers, mooters, actors, models, bloggers, bakers, and politicians who have their thing going. They motivate me to reach for the stars with their exuberant ambition. They have thrown themselves into the pandemonium that is life. They are willing to learn and make mistakes in the course of finding the meaning of life. When they tell you their visions it is so astounding it would make your hair curl.

As Friedrich Nietzsche puts they are in the pilgrim to become what they are. In addition, I have been in classes with creative lecturers who are apt and keeping in tandem with the change in times – all hope is not lost. This lot reminds us that there is hope in the embers. I believe with every fibre in my being that students still have untapped potential. There are no limits to what they could be – and there should be no limit.

However, the campus students who are making moves are a very small percentage, in my view. The lecturers, stakeholders, and the government have forgotten about the very importance of having educated citizens. That is why someone such as Jordan B. Peterson would go viral. His message is quite clear: The older society paid the price with their sweat and blood for us to get an education and we should at least try to conceptualize ourselves as beings that have no limits and learn everything we can. Any responsible State would spend its resources on realizing this boundless potential. But our government has abandoned it – they have thrown the institution to the dogs. Comrades are busy tweeting about how they should reduce the school fee. They are tied in student debts aside from the national debt that is ever on a vertical crescendo. Their voracious appetite for knowledge is being quenched by the vile cloud that is the dark web. Well, this is sort of inevitable but I hope you understand the point I am raising.

Consequently, we end up having low-quality, morally bankrupt, and ordinary men and women in public office or any other office for that matter. Caroline Mutoko put it well. In paraphrase, she postulated that if we have average students who get average grades, they will obviously grow to be average citizens with average partners, get average children and the ineluctable cycle will continue. She was talking to high school students and the theme is every bit applicable to tertiary institutions.

I have a lot more to write but my hope is that this article ignites meaningful conversation on what the Universities should be and pragmatic ways in which the ideas can be implemented. A new dialogue will evoke new approaches and new mindsets. It is when this happens that we will begin to see change.

Thank you for taking part of your quality time and reading this article. I would love to hear your comments, especially those in retrospect. Also if you found the article thought-provoking please share it. Thanks again. 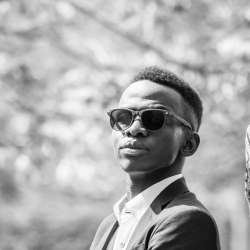 Very good piece. Good flow of thought and a very good message. We do need go have a conversation on this.

Hopefully before its too late